Guilty Pleasures… we’re all guilty of them, but we don’t always like to own up to them.

Atticus is sleeping soundly in the nursery for his morning nap, and I’ve just cued up the The Bachelorette Men Tell All special. I’ll be the first to admit it is far from quality programming, but sometimes we all need a little mindless television to lighten our load as wives and mothers. 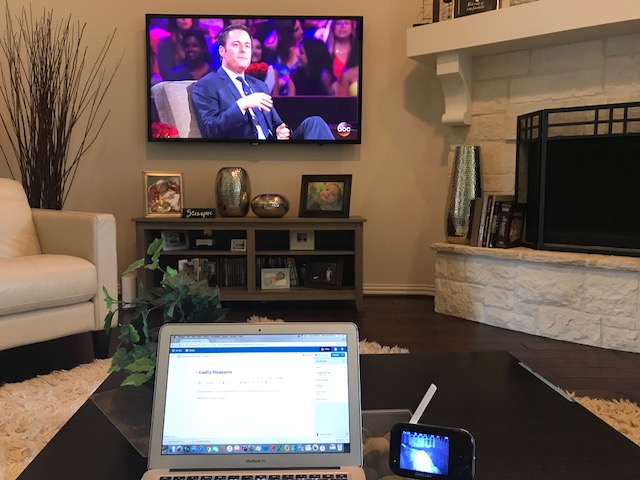 Guilty pleasures could be classified as personal vulnerabilities, but they’re definitely not ones we need to beat ourselves up about. Pour that glass of wine and unapologetically  enjoy your favorite reality tv show or trashy magazine as you sip and savor it all!