My Sunday morning started off like clockwork. Atticus started stirring around 6:00 a.m., so I tiptoed out of the room mindful that Sean was still sleeping. Because it was a Sunday morning, I decided to see if we could get a little more sleep after he nursed. So as I walked into the nursery, I made no noise and left the lights out as I cradled Atticus in my arms. He nodded off easily after about 15 minutes of nursing, and I laid him quietly back in his crib and tucked myself into the guest bed in the nursery for a little more shut eye.

We both managed about an hour of sleep before he woke up again, ready to take on the day. I enjoyed a cup of coffee as he played with baby animals on the nursery floor. My matte silver Rtic coffee tumbler became a source of interest for Atticus as I sipped my coffee so he spent a good part of the time trying to climb over my legs to reach it.

When Sean awoke, he joined us in the nursery and more giggles, climbing, and baby smiles ensued. A little after 8:00 we decided to take the party upstairs and wake Liam up with some family cuddles. Laughter and delight continued until out stomachs signaled it was time to think about breakfast.

Liam and I enjoyed a donut date at Shipley’s while Sean and Atticus spent some quality time at home playing the piano. After sharing a few donut holes and our own selections (a chocolate cinnamon twist for Liam and an old fashioned cinnamon roll for me), we zipped through Target for some supplies I needed for a few students. We also grabbed a Starbucks machiatto for Sean on the way out.

Back at home, Atticus settled into a nap, and Sean and Liam put up superhero posters using a level with a laser. Liam was especially mesmerized by the red lines emitted all around his room. While the guys were upstairs, I took care of prepping everything for dinner. I chopped garlic, sliced onions, and grated sweet potatoes. I also knocked out a few loads of laundry and took care of my least favorite chore, ironing.

After Atticus woke up, the four of us ventured out to the Rainforest Cafe for an adventurous lunch filled with elephants, alligators, gorillas, and an array of other wild animals. Liam loved being his dad’s tour guide through the restaurant pointing out specific animals or features of the rainforest like the rainbow and starscape. 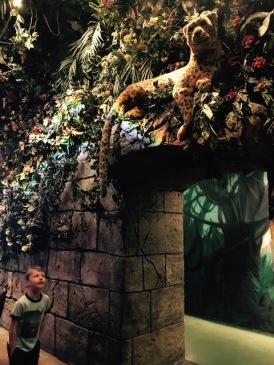 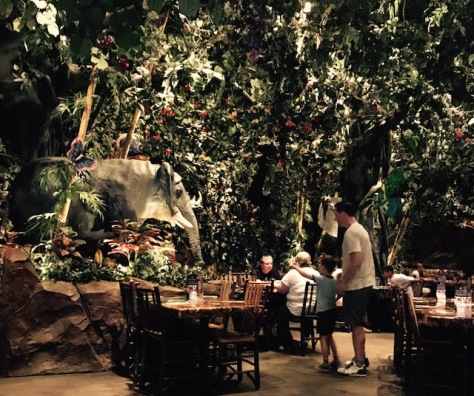 On the return trip home, Liam enjoyed watching Wall E on the car’s DVD player, a novelty of the new car. Once we arrived home it was quiet time for Liam and naptime again for little Atticus. Sean and I enjoyed some downtime with a quiet afternoon catching up.

Then it was time to prepare dinner and enjoy some quality time with the boys. Liam serenaded me with his harmonica while wearing his special eyewear for eye protection. After all, you never know what kind of hazards you might encounter while playing a musical instrument! Atticus enjoyed bouncing along to Latin music, and I snuck in a few dance moves in between sautéing dinner. Liam shifted gears from music to athletic pursuits, running back and forth between the pantry door and the couch practicing his straddles for gymnastics. 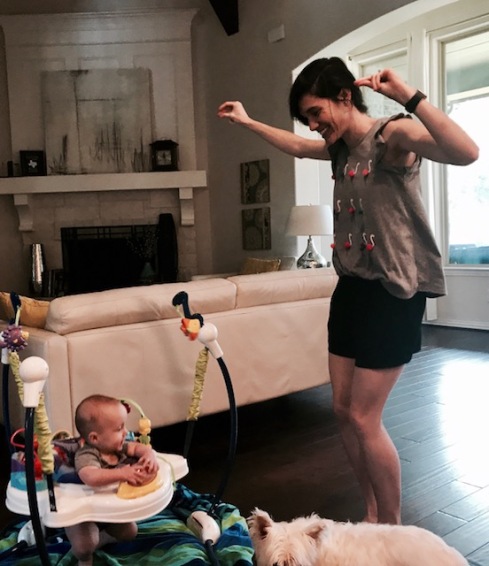 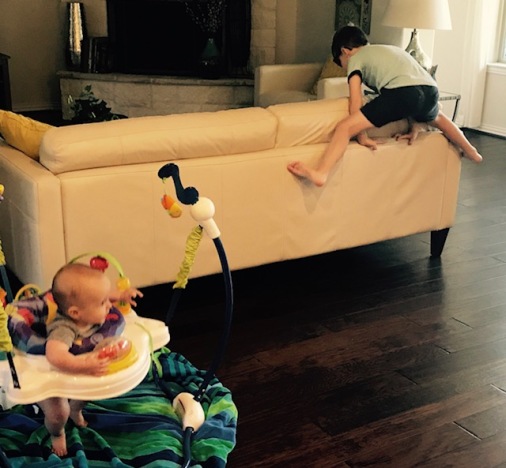 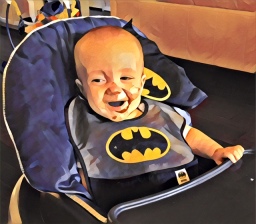 Soon dinner was ready, and Sean returned home from the gym in time for us to enjoy a family dinner. After savoring our sweet potato hash, I cleaned the kitchen and prepped my lunch for work. Then Liam ran upstairs to take a shower, and it was time for Atticus to have a bath. Atticus snuck in a little playtime before bed enjoying the music and movement of his mobile. After nursing Atticus and laying him down in his crib for the night, I laced up my running shoes for my evening run. Before heading out, I ran upstairs to give hugs and wish Liam a goodnight. 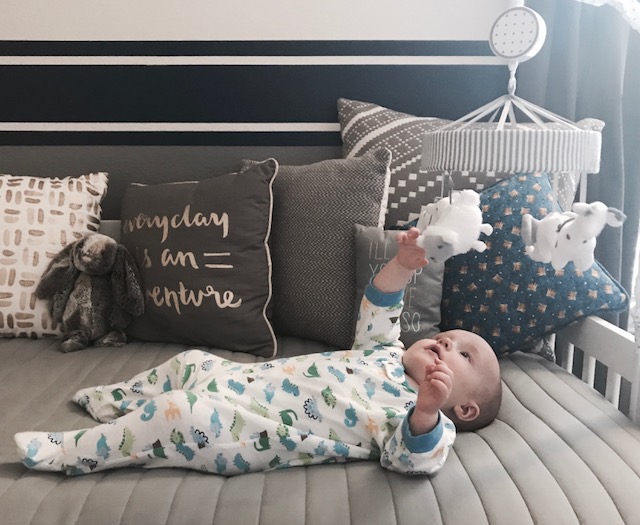 On my evening run, I enjoyed a beautiful sunset, passed a family of ducks swimming in one of the lakes, and enjoyed the quietest part of my day reflecting on what a blessed Sunday it had been with my family. After my run, I showered, laid out my clothes for work, and settled into an episode of Breaking Bad with Sean. If I had to replay by day again, I would want it to play out exactly as it did. This day in the life of a Mama Bear was absolute perfection!

I'm a Licensed Professional Counselor and owner of Birds of a Feather Wellness & Counseling. Wellness plays an integral role in the work I do with my clients. I specialized in anxiety, depression, and ADHD. I offer individual, couples, and family counseling along with personal development courses and college planning. Outside of my work as a therapist, I am a wife, mother, avid runner, and yogi. View all posts by Heidi Zimmerman