Today my sweet Atticus celebrates ten months of life. How this little cutie is closing in on a year absolutely blows my mind. This month proved to be the most difficult of photo shoots as the evidence proves. While there were a few diamonds in the rough, overall Atticus was not up for the paparrazi’s demands this morning. 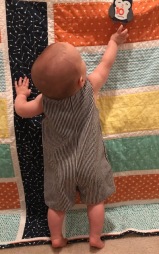 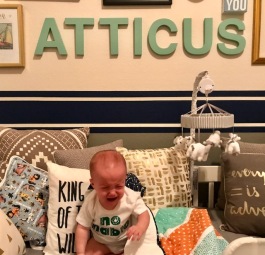 Atticus is definitely at an age where he is into everything. Pulling up on the side of his crib, the coffee table, and just about anything he can get his hands on. The movement is nonstop. I definitely have my work cut out for me chasing after my little crawler, but I wouldn’t have it any other way. Even a simple diaper change resembles a criminal trying to resist arrest. I place him on his back, and he’s immediately trying to roll over onto his stomach, bare bottom exposed for all the world to see. It’s made getting a fresh nappy on him a rather harrowing experience. Naturally to the outisde observer it’s the comedic relief they need in their day, but for me the struggle is real, Mama Bears!

I’m amazed how much he’s grown into his own little person and how he continues to surprise me with every developmental milestone he reaches. Some days he’s a camera hound, and he just can’t smile enough for me. The photo montage below illustrates some of his happier moments this week.  But even the happiest of people are human and have their off days where it’s more like, “Umm. Yeah, No!” Either way, I find every little thing absolutely precious, even when I’m covered in spit up or waking up in the middle of the night by a teething tot. I won’t get these little moments back, so I hold on to them tightly because I know they’ll be gone in the blink of an eye. 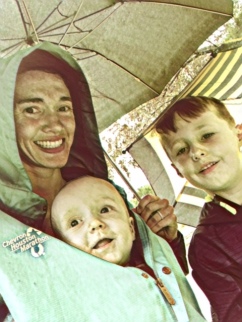 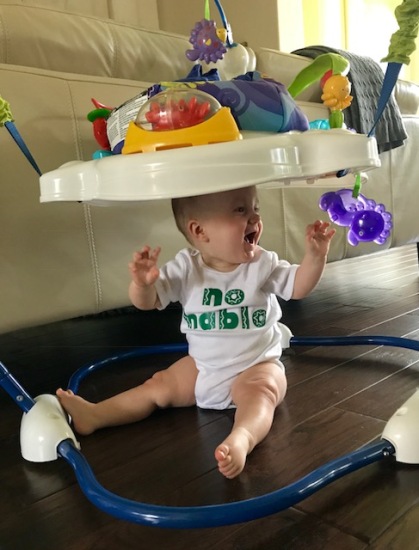 When Liam found his way into my life he was a tenacious toddler; far more independent than an infant. Since Atticus’s birth in November, it’s been full blown immersion into all things baby. Every day I find something to marvel in. I regularly have to resist the urge to break into full blown mommy tears; sometimes for the most insignificant reasons (I’ll admit that writing today’s post came with it’s own waterworks show). It’s a rollercoaster of emotions that I wouldn’t trade for anything.

“A baby fills a place in your heart you never knew was empty.” While the author who put it so eloquently into words is unknown, their sentiments couldn’t ring more true for this Mama Bear. Slow down, my sweet, baby boy. You’re already growing up way too fast!

I'm a Licensed Professional Counselor and owner of Birds of a Feather Wellness & Counseling. Wellness plays an integral role in the work I do with my clients. I specialized in anxiety, depression, and ADHD. I offer individual, couples, and family counseling along with personal development courses and college planning. Outside of my work as a therapist, I am a wife, mother, avid runner, and yogi. View all posts by Heidi Zimmerman