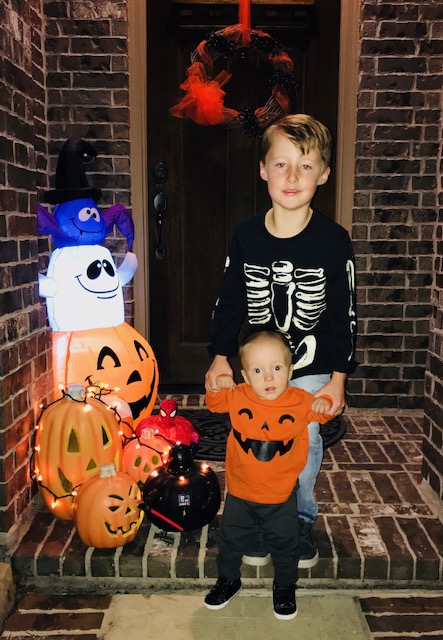 Thankfully the rainy conditions didn’t dampen our Halloween. In lieu of trick or treating outdoors, we opted for a more creative evening of indoor trick or treating. Then we rummaged through the Halloween loot as we watched A Toy Story Terror Halloween movie pushing pause occasionally for the few soggy trick or treaters who rang our doorbell. Atticus sampled his first lollipop, and his sweet smile and sticky fingers proved it was love at first lick! 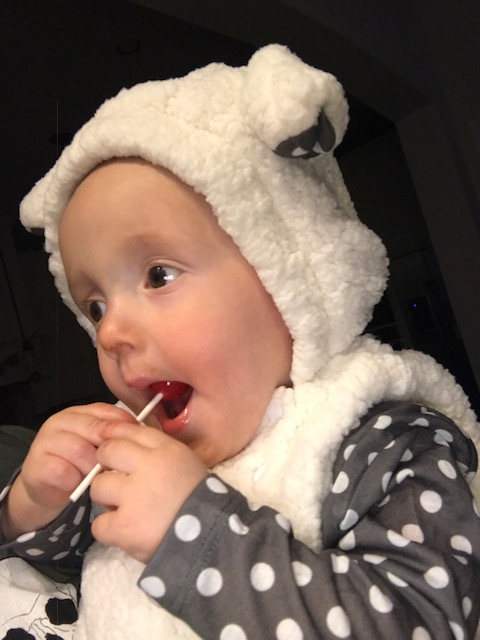 You might be wondering what in the world indoor trick or treating looks like. It took a little creative ingenuity, but Liam’s grandparents pitched in so Liam could trick or treated through the house to four different rooms. He preceded to bang on doors, shout trick or treat, and relish in the excitement of a pumpkin tote filled to the brim with Twix, Kit Kats, Pirates Booty, Dum Dums, Reese’s Peanut Butter Cups, and a whole mess of other sweet treats. 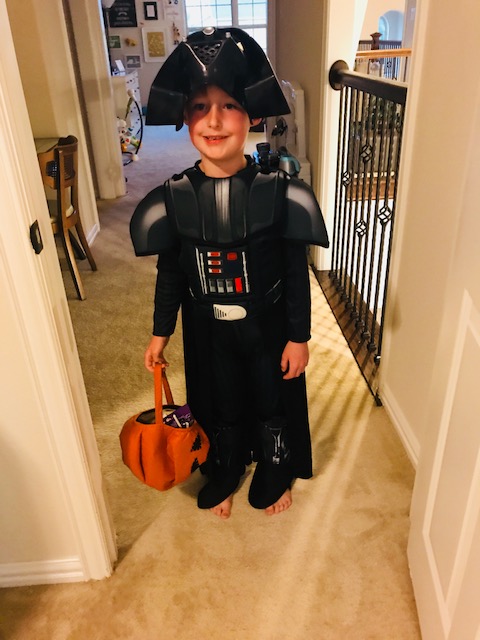 The rain never dissipated, but Sean decided to brave the weather with Liam so he could trick or treat at a few houses in the neighborhood. The outdoor adventure was short lived, however, because the cooler temperatures and increasing rainfall made for rather unpleasant conditions. 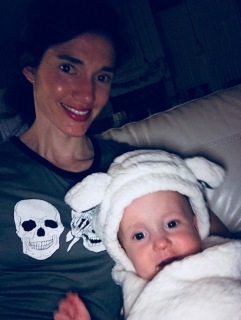 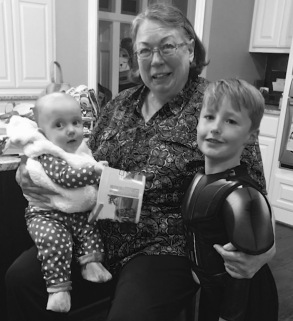 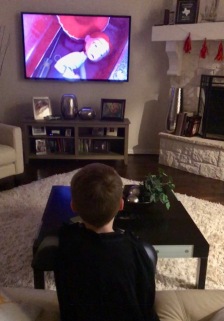 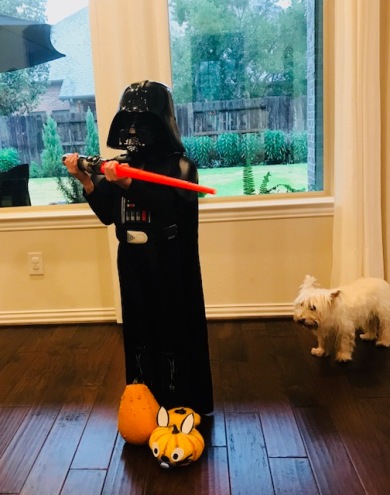 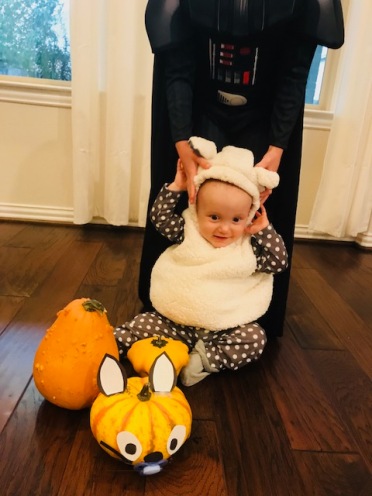 After the sugar rush ended and Darth Vader and our little lamb were tucked in for the night, I decided to venture out myself for a rainy run. I felt like a little kid splashing through ankle deep puddles in the pouring rain. The neighborhood was quiet with few porch lights on and and even less trick or treaters out and about. The pervasive theme as I ran through the dark neighborhood past houses along the lake was the number of televisions I saw on with people gathered around watching the Astros. 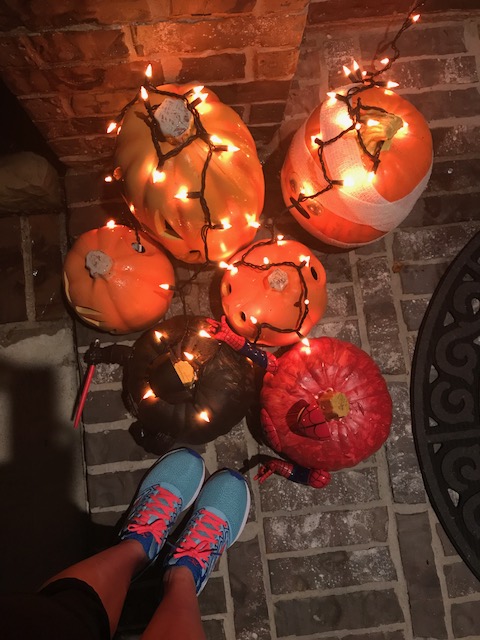 This has truly proven to be a unique Halloween, which certainly seems to be the trend for us. It was only last year that I was trick or treating with Liam, Sean and the Rafla’s while I was in labor with Atticus. I can only imagine what next year will have in store for us! The only thing that will make this night even better is a World Series win for the Astros. 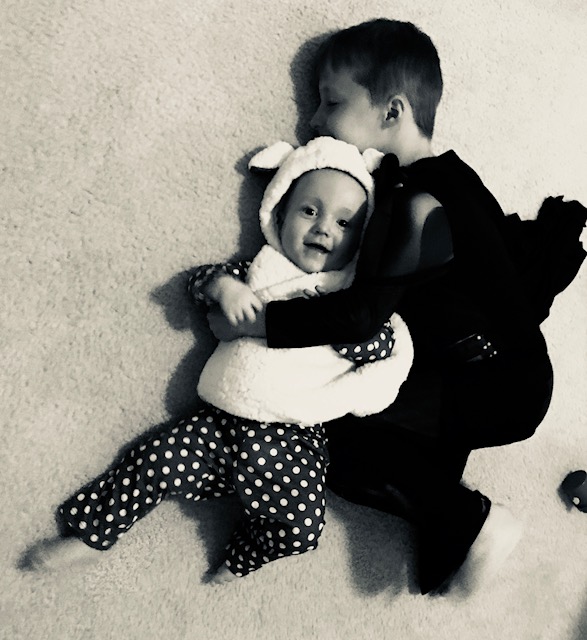