This evening Liam joined the ranks of so many children who have came before him with the loss of his first tooth.  My little toothless wonder was so excited about the prospect of looking under his pillow to see what the tooth fairy left him.

After posing for some obligatory photos, rinsing the blood out of his mouth, and safely tucking his tooth under the pillow, we settled in for a bedtime story before bed. As the story drew to a close, we exchanged hugs and Liam began peppering me with questions about the tooth fairy.

“How big is the tooth fairy?” he inquired as he pinched his fingers together demonstrating how little he thought she was. Because Sean told him she flew in through the window, I assured him that she was quite small. “How else could she easily come through the window? Of course she has to be at least big enough to pick up your tooth and fly away with it,” I added.

As I tucked him in, he looked me in the eye with a serious furrow in his brow and said, “Mom, I know she’s going to leave me a lot of money because I brushed that tooth extra every night just for her.” I met his gaze with a smile; amused by his statement but not letting on that I found it both adorable and humorous. 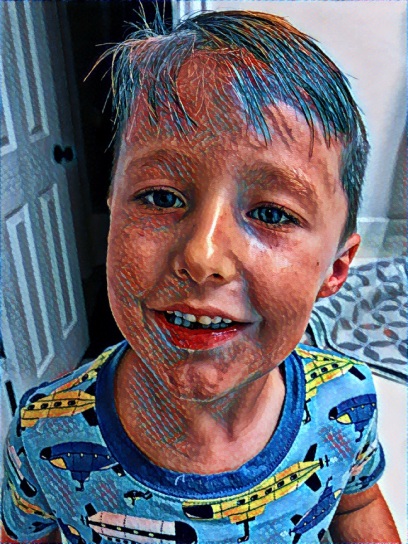 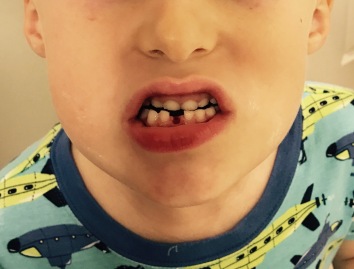 I’m eager to see him in the morning, beaming with joy about the loss of his first tooth and the bounty she left him under his pillow. It’s sweet moments like these that make you appreciate how beautiful life is when you allow yourself to approach life through the eyes of a child.